A simple imperative: Write a letter one letter at a time, leaving the room after each letter you write.

Every letter sent incorporates many sendings: The sending of the writer to herself, to ask what she means to write. The sending of the writer's thoughts to surfaces digital or analog. The sending of the document (and all the sending of trucks, post carriers, data, insects, animals, fungi, etc. to infinity). Eventually, a letter is received in some form of another and this act of receiving sends the receiver back, across and through those transits, to the sender. In letter, I try to bring these recursive, almost tedious, sendings together in a series of movements. I write a letter one alphabetical letter (or number) at a time, leaving the room after I write each symbol on the page. The finished letter reads: 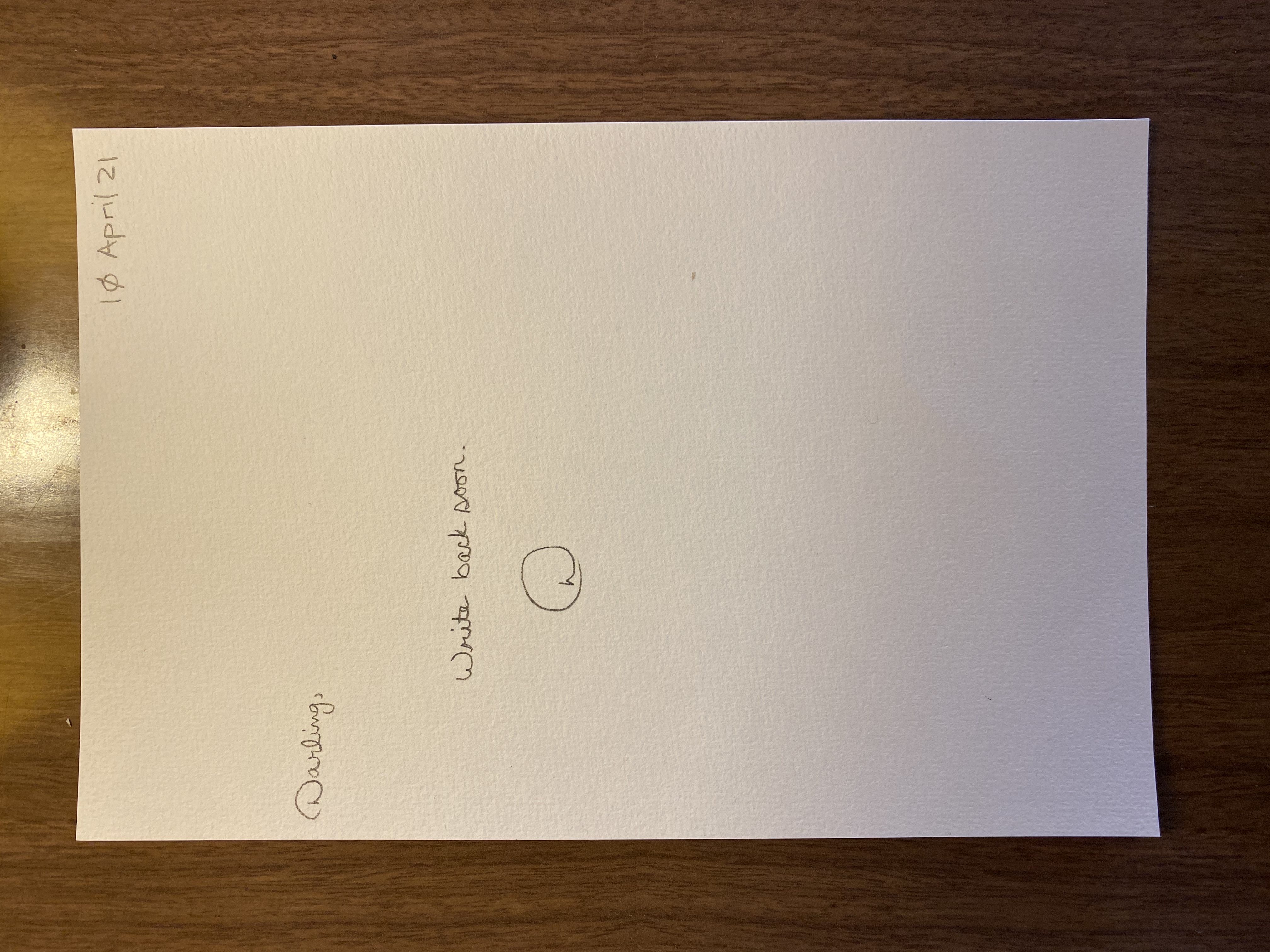